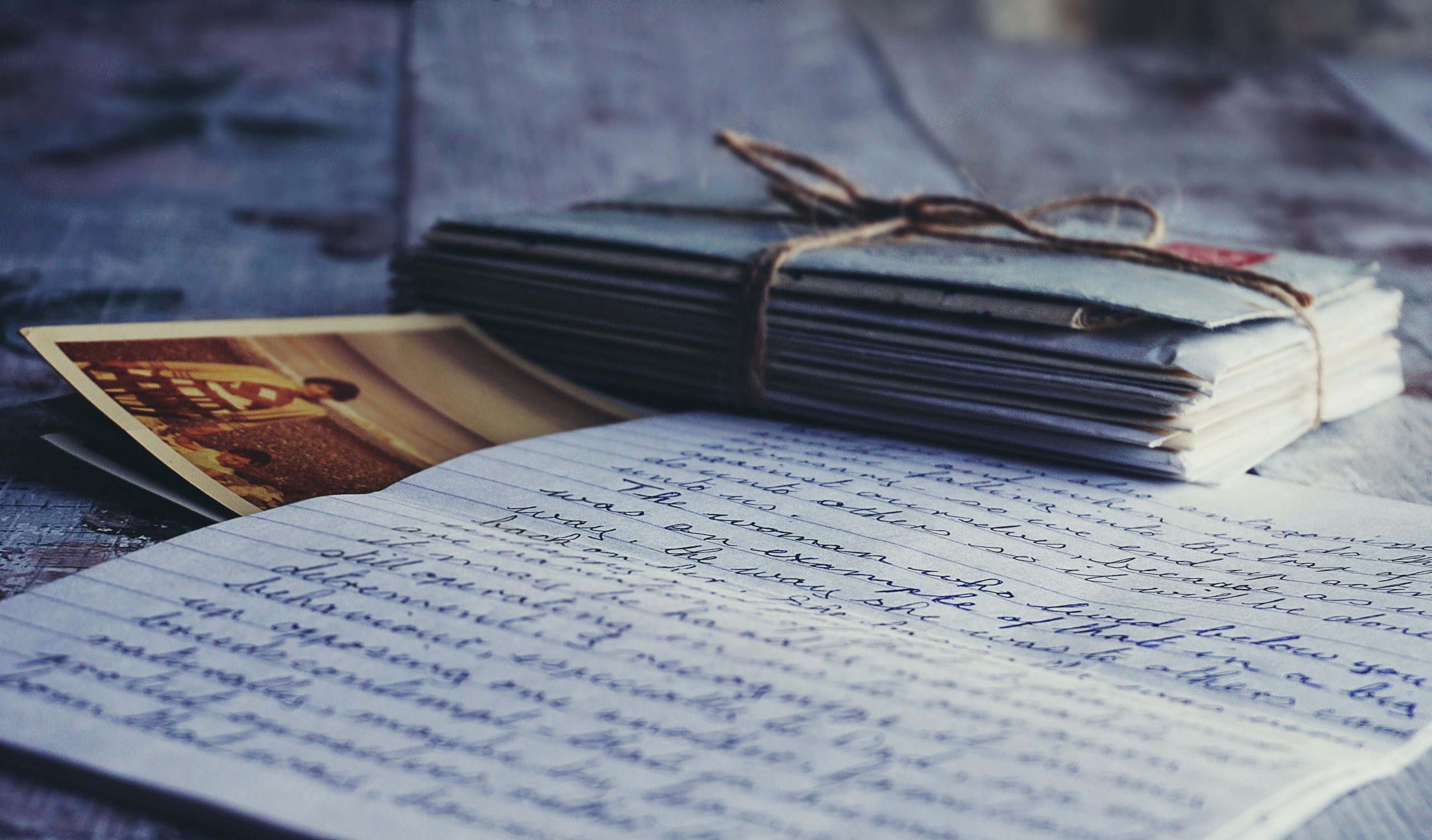 The Emotional Benefits of Hand-Writing Letters to Others

In a small, plastic box in my office closest sit a pile of neatly folded letters.  While the letters are old and the ink in some places is faded, they contain the correspondences between my mother and father who at the time were in their early twenties. Even though the letters are far from poetic, they are a testament to my parents’ early relationship as young people in the mid-1970s, reflecting their hopes, dreams, fears, and desires. Their existence captures for my sister and me a portrait of our parents we can continue to hold even after they are gone.

It is without a doubt that letter writing is a fading practice.  For my parents, it was letters that kept them in touch with one another as they navigated a long-distance relationship. But well beyond its place in my parents’ story, letter writing once was the primary way people communicate with others when they couldn’t see them face to face.

One of the earliest known handwritten letters was reported to have been written by the Persian Queen Atossa, daughter of Cyrus around 500 BC. The Greeks are credited to first using pen and paper to write to others. Even with the creation of the Edison telegraph and the Bell telephone in the late 19th century, letter writing continued to be the preferred way individuals kept in contact with one another.  And through carefully crafted words, people shared their feelings, stories, and part of themselves, whether during times of sorrow such as soldiers writing home during war, or times of joy such as young people sharing how much they loved one another.

Today, those wishing to write to their significant others, family members, or even friends often utilize electronic media rather than exploring the historic practice of letter writing.  Granted, typing our words using electronic media guarantees an immediate delivery to the recipient, but there are also cognitive, emotional, connective, and spiritual benefits in exploring the practice of letter writing.

First, there is scientific evidence that illustrates the cognitive benefits of sharing and receiving handwritten letters. In a 2010 article published by The Week which cited a study by the University of Wisconsin and Indiana University, children who engaged in handwriting exercises not only were able to share their ideas faster but also showed signs of increased neural activity in comparison to using a keyboard.

There are also emotional benefits to writing handwritten letters to others.  One important aspect of handwritten letters is that it forces us to disconnect from technology and place ourselves in space where it is quiet enough to draft our thoughts and feelings on paper.

But perhaps a bigger benefit for letter writing is the connectivity we create with others when we offer our handwritten words on paper.

Think back to a time when you received a handwritten letter in the mail.  Maybe it was a letter from a significant other, a sibling, cousin, or even a friend.  Do you remember how you felt opening that envelope and reading the words inked on the paper, knowing someone took time to draft a message for you?

“In the days of oversimplified communication, receiving a “just to say hi” email can feel like a big deal,” writes Huffington Post editor Alena Hall. “So imagine the powerful message you convey when you actually write out your thoughts for another person by hand, purchase a stamp, physically deliver your note to a mailbox and wait days for your special someone to receive it. Their beaming smile at your thoughtfulness will say it all.”

“To send a letter is a good way to go somewhere without moving anything but your heart,” says author Phyllis Theroux.

In these difficult times, we find ourselves feeling disconnected from one another and also ourselves. In what ways can engage in the practice of writing letters to those you love, someone you haven’t talked to within some time, or perhaps a letter to yourself brings you a feeling of connection and belonging? I can’t think of a better way can we leave behind a personal expression of who we were, our hopes, dreams, a very part of ourselves, as a gift for those we care about, even after we are gone.