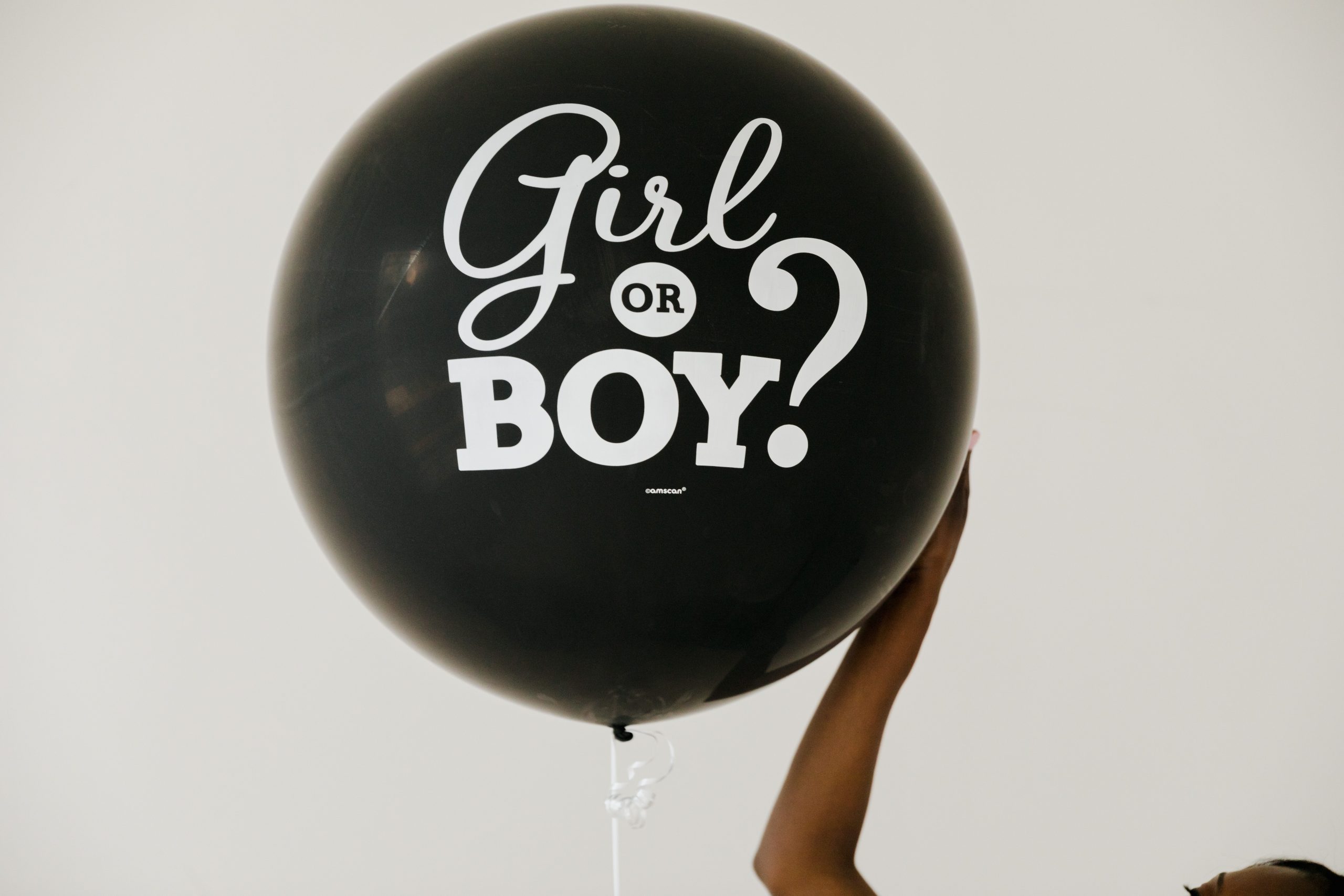 Life is a Gender Reveal Party

My wife and I are expecting twins – our first children. “Do you know what you’re having?” People ask with amazing frequency. Umm, yes…babies!

A few weeks ago, I found myself approached by an older woman at church inquiring about our babies-to-be.  And while her question was not a surprise to me, as I have been asked it repeatedly since we announced we were expectant parents, her response took me by surprise.

“Are they boys or girls?” she asked.

“We are keeping that a secret,” I replied with a smile on my face.  “We’re just hoping they will be healthy.”

“Well, then I won’t be able to give you a gift for them…at least until I know their gender,” she replied before walking away.

For the most part, inquiring family members, friends, co-workers, and even strangers have respected the decision we made not to share the biological sexes (or chosen names) of our children. For us, this decision is based on a desire to avoid cultural and societal gender stereotypes of our children before they are even out of the womb.  The decision has created some inconveniences for gracious family members and friends who are unsure what color of toys and clothing they should buy or make for our children.  However, most of our circle of support has still been supportive, such as buy providing items that are yellow and gray—the gender-neutral colors we chose for our nursery.  Still, as we begin the journey of parenthood, we have been surprised at how early and how strongly society seeks to create gender expectations for children.

Like many of you, I know parents who host “gender reveal parties” which may involve pink or blue glitter bombs, or creative blue or pink items hidden in objects indicating their expectant baby’s biological sex. (By the way, blue for boys and pink for girls is not “the way it’s always been.”)[1] While it’s not our intention to criticize expectant parents who host such events, we want to help others see that placing gender stereotypes onto children even before they are born contributes to the unhealthy gender norms we impose on children as they grow and develop.

One of the things that I sometimes catch myself doing is using the words “sex” and “gender” interchangeably when I refer to the biological sex of our twins, even though I know they are not the same.  In these instances, my wife has given me gentle reminders that these terms mean two different things.  The AMA Journal of Ethics defines sex as “the biological differences between males and females,” whereas gender refers to “the continuum of complex psychosocial self-perceptions, attitudes, and expectations people have about members of both sexes.”[2] So, while individuals can identify as being male or female for their gender, individuals can also identify as being transgender, nonbinary, gender-fluid, gender non-conforming, or genderqueer.[3]

As a child who grew up in the 1990s, I still remember the gender stereotypes placed on me by society based on my biological sex.  While I do identify as a cisgender (that is, someone whose psychological identity corresponds with the sex I was assigned at birth) male, my parents were careful not to impose such gender stereotypes onto me, nor did they intervene when I was a small child and enjoyed pretend cleaning and cooking while playing house with a girl my age. However, the imposition of gender stereotypes still occurred during my childhood. I remember being told by school coaches about the need for boys to watch and play sports if they wanted to get attention from girls. Additionally, I was told that as a boy, I could never cry or show emotion, as that was a sign of weakness. This in turn exposed me to ‘toxic masculinity’ (a topic worth exploring on its own) and caused me to struggle to share my feelings with others as an adult—something many other men also experience.

I also recognize that for others, the experience of having gender stereotypes imposed on them has been traumatic and abusive. For many of my friends in the LGBTQ community and for many people whose biological sex at birth is different from their current gender identity, teachers, coaches, parents and other adults in their lives punished and abused them for not conforming to the stereotypical gender role associated with their biological sex.

Like many others, I do see society beginning to recognize the toxic effects of placing gender stereotypes on children. Additionally, I am also noticing more and more individuals feeling comfortable (and supported) in expressing gender identities which may not correlate to their sex assigned at birth, but instead fit with how they now identify themselves as adults.

However, I also recognize that society still needs to educate all of us about the differences between gender identity and biological sex, as well as the dangers when someone – even if unintentionally – imposes gender stereotypes onto others, especially children.

We understand that this is perhaps an unfamiliar way of thinking, especially for some older generations. Karol does not remember receiving exposure to these ideas until at least college; she especially remembers having to grapple with these concepts in her classes at seminary, where she was challenged to think more broadly about both the identity of the divine and how the diversity of creation (including the variety of gender identities) beautifully reflects the image of God.

The vulnerability of persons in the transgender community has opened the door for cisgender persons such as ourselves to become more aware of the distinctions between the physical and the psychological, as well as the vast diversity that exists among the human population. We human beings are more than “men” and “women.” Each individual is unique.

“I think it’s important for parents to educate themselves, too, and be open, and realizing that your children are their own person and if they may or may not act the way you want them to in terms of gender expression that that’s OK,” writes actress and advocate Laverne Cox.[4] “We are born as who we are. The gender thing is something that is imposed on you.”[5]

While the two of us still have much to learn about parenthood and will (like all parents) make mistakes, we hope we can at least provide unconditional love to our twins as they grow and discover their true identity, regardless of their biological sex. But for now, until they enter this world, it’s our hope that we can at least delay society’s desire to place gender stereotypes on them.

Perhaps we can all try this: when we learn that a family member or friend is expecting, maybe instead of asking to know the child’s biological sex (so as to assume their gender identity), we will ask how we can help support them, as we seek to create a more compassionate and accepting world for their children, no matter what sex they are assigned and what gender identity they will choose.

So no, we didn’t have a gender reveal party. Life is a gender reveal party. There may not be much to it, or it could be a long process with several periods of discernment and self-discovery. In either case, each person should be not only allowed to have their own journey, but encouraged to do so. After all, life is short – we only get this one chance to discover who God made us to be.

Neither children’s clothing nor society at large should box us in, especially at such a young age. Let kids be kids. Love them for who they are, not what their bodies look like or what toys they prefer. Let them surprise us with the unique individuality with which God has gifted them.